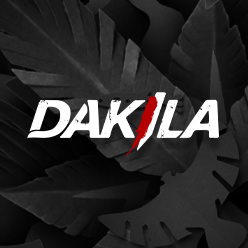 Manila, Philippines—DAKILA’s 10th edition of the Active Vista international Human Rights Festival will be screening 11,103, a documentary film by filmmakers Miguel Alcazaren and Jeannette Ifurung, which features survivor stories of state-sponsored violence during the martial law years of dictator Ferdinand Marcos in various parts of the United States of America in time for the state visit of the former dictator’s son, Ferdinand “Bongbong” Marcos Jr. in the US during the week of the 50th anniversary of the commemoration of Martial Law in the Philippines.

“The screening of the film 11,103 in the US during the state visit of Ferdinand Marcos Jr. whose family is responsible for the dark years of dictatorship in the Philippines is a strong statement that our country would #NeverForget the atrocities of this tyrant family which brought suffering to the lives of thousands of Filipinos.  This documentary film that chronicles the horrid lived experiences of the survivors is the biggest threat to the massive lies and historical distortion that the Marcoses perpetrate. We will never let the world forget that our Peoples’ Power has once ousted a powerful dictator and #NeverAgain will we succumb to Martial Law”, said Leni Velasco, Secretary General of the artist collective DAKILA, organizers of the festival.

The screening in New York where BBM is set to speak at the United Nations General Assembly will happen on the day of 50th anniversary of Martial Law, September 21, 6pm-9pm at the Paul Robeson Theatre of the Peoples Forum, 320 West 37th Street, New York. Set to speak in the much-awaited panel discussion are “Two Lawyers and a General’s Daughter” according to the New York screening organizer, AF3IRM, a US-based organization of transnational women. Lawyer Ruben Carranza formerly headed the Presidential Commission for Good Governance, tasked with recovering some $10 B looted from the public treasury by the dictatorship, and Lawyer Robert Swift, legal counsel of the class action suit filed in 1986 by human rights victims against Ferdinand E. Marcos and, later, against the latter’s estate. Wanna Ver is the daughter of the late General Fabian Ver, the chief military implementer of the Marcos Dictatorship.

According to multi-awarded writer, feminist, and Martial Law survivor, Ninotchka Rosca of AF3IRM who will be moderating the panel discussion, “The members of the panel represent a bulwark against forgetting the darkest night of Philippine history.” The film 11103, she said, was “remarkable for its focus on the ordinary person sideswiped, through no act of their own, by state violence.” Rosca herself was among the almost 300 media practitioners rounded up upon the declaration of martial law in the Philippines. “I am pleased that Ms. Magsanoc-Alikpala has chosen to focus on – what to call them? – the non-celebrities, to underscore that the struggle against the dictatorship involved all sectors of Philippine society.”

The US screening of 11,103 kicked off last September 17 at the Flexible Theater, Building 3, Cañada College, Redwood City, California, and was organized in partnership with the Filipino Advocates for Justice. It was followed by an open forum moderated by Ben Pimentel with panelists Dr. Aurora Parong, the directors- Mike Alcazaren and Jeannette Ifurung, and producer Kara Magsanoc-Alikpala via Zoom. Another screening is set on September 24, Saturday, 4:00 PM at Glenn Hubert Library, Florida International University, in Miami.

According to film producer Kara Magsanoc-Alikpala, “The price of democracy is eternal vigilance. Let’s not dishonor those who suffered and fought the dictatorship and paved the way for our hard-earned freedom in 1986. We have to fight for their truths. What kind of a nation will we be if we are founded on lies?” Kara Magsanoc-Alikpala has her own martial law legacy, her mother being one of two women who founded the broadsheet Philippine Inquirer, which took on the Marcos Dictatorship.

11,103 is set to premiere in the Philippines on September 21, 2022, through a special screening at 3:00 pm at the Cine Adarna, UP Film Center in UP Diliman and a free outdoor screening at 6:00 pm at the Bantayog ng mga Bayani, EDSA corner Quezon Avenue in Quezon City. Screenings will also be held in Manila, Bacolod, Cebu, Iloilo, Cagayan de Oro and Dumaguete.

Active Vista International Human Rights Festival Director Alex Poblete added, “The challenge of our time is clear. We face new battles in an old war and wield new powers from our old arsenals. As storytellers, we will pursue our truth-telling towards wielding new narratives of hope for our nation built on a strong and resilient citizens’ movement for truth, justice, and humanity.”

The Active Vista International Human Rights Festival (AVIHRF) is an annual event celebrating our rights, freedoms, and dignity as Filipinos. It provides creative avenues for the public to participate in activities geared toward the support for human rights and democracy through film screenings, performances, art exhibitions, talks, and concerts. The 10th edition of the festival calls on citizens to take part in movements to wield visions for a future Philippines where truth, justice, freedom, and humanity are upheld and protected.

To know more about the festival, visit www.activevista.ph.

DAKILA is a group of artists, educators, and individuals committed to working together to creatively spark social consciousness formation towards social change. Learn more at http://dakila.org.ph/

Active Vista Center is an institution established by DAKILA. It facilitates the learning process of empowering citizens to become agents of social change. Learn more at http://activevista.ph/

There are no comments yet. Add your comment to start the conversation.